The Opener | The Provider |The Healer


Alhamdulillah that we have witnessed some amazing times of our lives thus far. He is Time. Therefore, anything and everything which had been manifested in the times that passed was all about Him and His Power, His Beauty and His Perfection.

His Plans prevailed and will always prevail. Two years ago when I decided to work on a part-time basis and planned to base myself in Penang, He was quick to place me in a better circumstance, something that never crossed my mind. He is indeed the Opener of new doors and new paths - to success, happiness, and better wisdom.

Allahumma salli wa salim wa barik ala Sayyidina Muhammad
O Allah, bestow Your prayers and peace upon our master Muhammad
Al Fatihi lima ughliq
the one who opens that which is closed
wal khatimi lima sabaq
the seal of those that came before
nasiril haqqi bil haqq
the defender of truth with truth
wal haadi ila siratal mustaqim
the guide to the straight path
wa ala alihi wa sohbihi
and upon his family and companions
haqqa qadrihi wa miqdarihil azim
befitting his immense position and grandeur 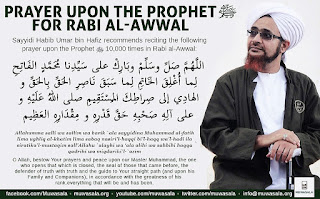 
There's a new recommended practice I discovered on Facebook. It's taught by Ustazah Asma', one popular Malaysian da'ie. She taught this to a group of students. Recite it every time you drink plain water especially if you have special health-related needs.

O Allah, grant me beneficial knowledge
and plenty of rizq
and cure all illnesses.


Take note that rizq (provisions) would include getting good/caring teachers/supervisors etc., not just money. And illness should include those which are non-zahir i.e. hasad, ujub etc.

I was delighted to have read a Facebook posting of my schoolmate. She's in the same class when we're 16 and 17. She's just obtained a Ph.D. qualification MaShaAllah and she is a regular tholabul ilmi. She wrote some notes from a majlis taa'lim she attended on 26 Nov 2019, translated as below:

According to Ustaz Syed Norhisham bin Tuan Padang:
Imam Al Ghazali wrote in a poem: knowledge is like an animal you are hunting. Taking notes of lessons that you learn is analogous to tying up the hunted beast. It would be stupid for one who took the trouble hunting for it, only to let it roam free because he/she did not tie it up.

So I deduce from the above, blogging (writing notes on useful lessons) is a sunnah.
Alhamdulillah wa shukrulillah.