Yasmin Mogahed on using the Quran as a healing


Yasmin Mogahed began her talk at Malaysia's Putrajaya International Convention Center (PICC) on 26 April 2014 by expounding on the meaning of Surah Al Imran, verse 190-191. She mentioned these verses upon noticing the colorful flowers which decorated the grand stage from where she was speaking. PICC is indeed a grand venue. Yasmin's aura and wisdom-filled up the stupendous hall and seeped through hearts and minds.

She said: "The word ulil albab is derived from the word lubb which is plural. It refers to the innermost of something. It's the heart of understanding that a person has."

"The Quran gives us an alternative worldview. Dunya is like a monopoly. It's like a knock-out competition. It's just a game. It's about acquiring more - more money, love, praises, and approval of people and more likes on Facebook. What happens after the game is over?"

Yasmin then quoted an ayat of the Quran on the day when nothing will be of benefit, not children, not wealth except qalbun salim, a sound healthy heart. When the game is over, some people are going to be rich and some bankrupt. People who slander and backbite other people will have to forego their deeds and might end up with nothing. So we better consider what is true richness and bankruptcy.

"Zikir is not a ritualistic thing. It's like air for the heart. And solah too is like oxygen for the heart. We cannot say I am not going to breathe now but breathe later. But later doesn't come. We suffer when we deprive our hearts of remembrance. We don't realize that's the core of the problem."

The young ustaza then related a story of a man who was suffering from toothache. Because he had no medical insurance and had no money to pay so he had to choose between antibiotics or painkillers. As many people would, the man chose painkillers. The man eventually died of infections.

Yasmin said, most people are like that, we opt for things that could numb us. Things like money, status, having fun are examples of the things we choose to numb us from spiritual, emotional and psychological pain. We should realize that the core of pain is our relationship with Allah. There is this story about a scholar in prison. He asked, "what can my enemies do to me because my paradise is in my heart? If they exile me, I can travel. If they imprison me, that's an opportunity for seclusion with Allah. If they kill me, I might attain martyrdom." This scholar could say paradise is in his heart because of his nearness to Allah.

So then we come to the question, what is good and what is bad. As stated in Surah Baqarah, it may be that we like a thing but it's not good for us whereas a thing which we dislike could be better for us.

The point is that it has nothing to do with the gain and loss of the dunya. It's about the distance between us and Allah. If a believer receives or experiences something he likes, he is grateful, otherwise, he is patient with it.

Concluding her talk, Yasmin gave these advice:
"What you earn is what you give. Any time you give for Allah, the reward will be saved for you. It is counter intuitive. Anyone you love for the sake of Allah, you'll keep. Anything else, you'll lose. All the tears you give for Allah become a reason for you to earn a shade from Allah on the Day of Judgment. It will elevate you. If you cry for dunya, you'll end up feeling tired and dehydrated. Learn how to use the Quran to heal our mood, heart and relationship. Become of those who reflect and think - the ulil albab. Don't fall into deception thinking things happen without a purpose. It's not an oversight. Allah does not do anything without a purpose. What does that mean? That means I have a purpose. And there's responsibility and retribution. If you are entrusted with a purpose, you are going to be asked. You are going to be held accountable. Allah will ask you about your purpose."
_____________________

Allahu a'lam. May I be forgiven for any errors and omissions. 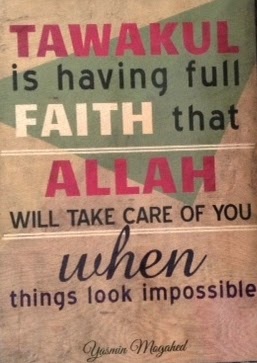