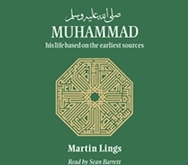 The followers of the Prophet were on the increase
but secretly he longed to win over the stronger ones
the likes of Abd ar-Rahman, Hamzah and Arqam
he had hoped for the support of Walid
Chief of Makhzum
to whom he recited some verses of the Koran

But a blind man stood on his way
so the Prophet was upset and turned away
until a verse was revealed
warning him not to ever be dismayed
"He frowned and turned away
because the blind man came to him..
As to him who sufficeth unto himself
with him thou art engrossed
yet is it no concern of thine it purified
he be not
But as for him who cometh unto thee in eager earnestness
and in fear of God
from him thou art drawn away."

Unto them it issued a warning
"This lower life is but a diversion and a game
and verily the abode of the Hereafter
that, that is Life
did they but know"

Thus the Koran demanded them to behold
the wonderment of the things already created
that of camels, firmament,
mountains and the earth

And the Koran taught about the al-Fatihah
the basic prayer of Islam
and al-Ikhlas, the Chapter of Sincerity
a concentrated doctrine of Islam
"Say He, God is One
God, the Self-Sufficient Besought of all.
He begetteth not, nor is begotten
and none is like Him"

The elder sons of Abu Talib didn't support the Prophet
unlike Jaffar and Ali, Talib and Aqil weren't a convert
Abu Lahab and Umm Jamil the wife were both hostile
Ruqayyah however didn't marry their son
Uthman Ibn 'Affan was to be her husband
wealthy and handsome was Umm Jamil's cousin

Khadijah's cousin Nawfal was another violent enemy
His son Aswad accepted Islam on the contrary
Abul-'As, Khadijah's son in law rejected Islam too
so did Hakim, Khadijah's nephew

Umayyah ibn Khalaf was a great enemy
his brother Ubayy and the entire family
in the Prophet's face he poked fun
"Claimest though, Muhammad,
that God can bring this to life?"
to Ubayy a revelation came down

"He forgot his own createdness and said:
'Who will give life to bones when they are rotten?'
Say: He who gave them being the first time
will give them life again."

[To be continued InshaAllah]
Posted by E. Ismail
Email ThisBlogThis!Share to TwitterShare to FacebookShare to Pinterest