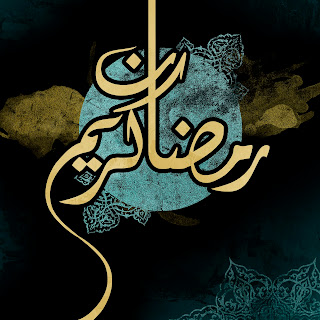 
Alhamdulillah wa shukrulillah we are about to wrap up the second phase of Ramadhan. The imam at Masjid Khalid Al Walid, in his tausiyah tonight, likened the last 10 days of Ramadhan as the "3rd game". He congratulated the jemaah for having made it in the "2nd game" - that we're able to go through the second 10-days of fasting and perform teraweeh at the masjid. I think he purposely chose the word "game" as a buzz word in keeping with the London Olympics.

Let's think of its positive similarities. To compete well in the Olympics one needs consistent strenuous training and countless competitions. An athlete would have to give up lots of pleasurable things and idle time in favor of a strict and highly disciplined sporting life. There is a lot of sweat, pain and tears before a sportsman could taste the sweetness of victory.

Ramadhan is also known as 'Madrasah Ramadhan' where believers experience tarbiyah (lessons) in performing the obligations of the holy month. The training of Ramadhan is as strenuous as one makes it to be.  We have to be patient in giving up plenty of things and our routine in the month is much more disciplined than all the other months. We get up for sahur/suhur/sehri in Ramadhan, a small window of time when we sleep passed in the other months. We compete with ourselves. We also compete among ourselves in trying to do more. Consistent worship coupled with a pure intention would allow us to taste the sweetness of iman, bi-iznillah May Allah grant us the tawfiq enabling us to win a Ramadhan medal. The medal awaits us in the last 10 days of Ramadhan.

Shaykh Ninowy, in his lecture at Jamie Masjid in Canada last month said, we should strive in Ramadhan and evaluate ourselves if our name makes it to the list of names whom Allah grant protection from the hell. The shaykh said, on every night of the last ten days there will be a list of names published for that special exemption. On which night will your name make it on the list? Or if you are counted at all?

We have just observed the occasion of Nuzul Qur'an, and I quote a few salient points Shaykh Ninowy said in regard to Kitabullah. He said, the shari'ah does not expect us to memorize the book, although it is commendable. There is no verse in the Quran saying "why don't you memorize the Qur'an?" What is more important is tadabbur (contemplate) on it. It is not only for tabarruk or to decorate the shelf in our homes, but to decorate our hearts and for practice.

The imam at Masjid Khalid Al Walid repeatedly said his tausiyah was first and foremost directed to himself. And I say the same.