Remember Him with your heart - Shaykh Abdul Qadir al-Jilani 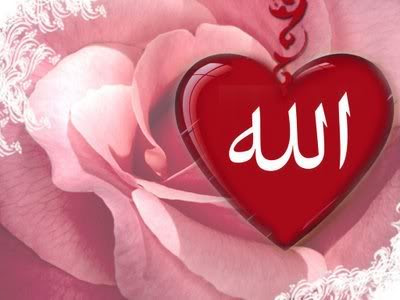 
O son, today, 12 Zul Hijjah, 885 years ago Shaykh Abdul Qadir al-Jilani, Ghawth al-Azam spoke on the importance of remembering Him with our hearts. He said:

The Prophet s.a.w is reported as having said:
These hearts are getting very rusty and the polish they need is the recitation of the Qur'an, the remembrance of death, and attendance at sessions of remembrance (dhikr).

The heart does get rusty, and unless its owner takes the corrective measures described by the Prophet s.a.w, it will turn completely black. It will turn black because of its remoteness from the light. It will turn black because of his love for this world and involvement in it without pious restraint (wara'), because when a person's heart is controlled by the love of this world, he loses his pious restraint and accumulates worldly things both lawful (halal) and unlawful (haram). He loses his ability to discriminate in the process of acquisition. He loses his sense of shame before His Lord.

O my people! Take instruction from your Prophet, and clear the rust from your hearts through the treatment he has prescribed for you. If one of you had a disease, and some physician prescribed a remedy for it. Your life would not be comfortable until you applied it. Be attentive to your Lord in your private moments and when you are in public situations. Set Him before your eyes so that you seem to see Him, for even if you do not see Him, surely He does see you. He who practices remembrance of Allah with his heart is the true practitioner of remembrance (dhakir), while anyone who does not remember Him with his heart is no dhakir. The tongue is the page boy (ghulam) of the heart, and its subordinate.

You must always go to hear sermons because the heart turns blind when it is absent from sermons.
The real meaning (haqiqa) of repentance (tawba) is respect for the commandment of the Lord of Truth under all circumstances. This is why a certain wise man (may the mercy of Allah be upon him) said: "All goodness can be summed up in two words: respect (ta'zim) for the commandment of Allah, and sympathy (shafaqa) for His creatures." If someone does not respect the commandment of Allah and he is not sympathetic toward Allah's creatures, he is distant from Allah. Allah told Moses a.s. through inspiration:
"Show compassion, then I shall treat you with compassion. I am indeed Compassionate (Rahim). When someone shows compassion, I have compassion for him and I admit him to My Paradise."
What bliss for the compassionate (ar-ruhama), therefore!

If someone wishes for salvation (falah), let him exhort his lower self (nafs) to abstain with patience on forbidden things (muharramat), dubious things (shubuhat) and pleasures of the flesh (shahawat), and let him patiently carry out the commandments of Allah, observe His prohibitions, and comply with His decree (qadar). The people (of the Lord) were patient with (sabaru ma'a) Allah and did not patiently abstain from Him (lam yashiru anhu). They were patient for His sake and His cause. They exercised patience that they might be with Him. They sought to obtain nearness to Him. They left the houses of their lower selves (nufus), their passions (ahwiya) and their natural impulses (tiba'), took the sacred law (shar') along with them as their escort, and journeyed toward their Lord. They had to face calamities, terrors, misfortunes, sorrows, and cares, hunger and thirst, nakedness, humiliation, and contempt, but they were undeterred by them and did not turn back and abandon their journey. They did not waver in pursuit of their purpose. And forward they still march! Their progress does not slacken. Thus they will continue, until eternity becomes real for them, inwardly and outwardly (hatta yatahaqqaqa lahum baqa'ul qalbi wal qalah). (More literally: until the perpetuity of the heart and the mold is realized for them.)

O my people! Prepare for the meeting with the Lord of Truth and feel ashamed before Him prior to that meeting. The believer's sense of shame (haya') belongs first before Allah, then before His creatures, except in matters of religion (din) and violation of the rules of sacred law (hudud as-shar). In such cases he is not permitted to be shy; indeed he should be quite brazen in defense of the religion of Allah, and must uphold His rules and carry out His commandment.

And let not pity for the two of them take hold of you, when it is a matter of Allah's religion. (Quran 24:2)

When someone's allegiance to the Prophet s.a.w is genuine, he gives this follower a suit of armor and a helmet to wear, girds him with a sword, adorns him with some of his own good manners (adab), noble qualities (shama'il) and traits of character (akhlaq), and invests him with some of his robes of honor. He is intensely happy to have such a person as a member of his Community (umma), and he gives thanks for this to his Lord. Then he makes him a deputy (na'ib) within his Community, one who will guide and summon its members to the door of the Lord of Truth. He used to be the summoner (da'i) and guide (dalil), and when the Lord of Truth took him to Himself, He showed him among his Community who would succeed him in these capacities. They were a very few individuals, one out of too many millions to count, who would guide the people and patiently suffer their abuse, while constantly giving them good counsel. They would smile in the faces of the hypocrites (munafiqun) and sinners (fussaq), while scheming against them with every device, in order to deliver them from their situation and carry them to the door of their Lord. This is why a certain wise man (may the mercy of Allah be upon him) has said:
"No one can laugh in the face of the sinner (fasiq), except one who really knows (al-'arif).

The latter may laugh in his face, and give him the impression that he does not really know him, while he is actually well aware of the ruined state of the house of his religion (din), of the dirtiness of the face of his heart, and of his many sore and confused feelings. The sinner and the hypocrite imagine that they are concealed from him and that he does not really know them. No, and they deserve no respect. They are not concealed from him. He can recognize them by a glance, a look, a word or a gesture. He knows them outwardly and inwardly, without a doubt.

Woe unto you! You imagine that you are concealed from the wise and knowing champions of truth (as-sadiqun al-'arifun al-'alimun). How long will you go on wasting your lives for nothing? Look for someone who can guide you to the path of the hereafter, O you who have gone astray from that path! Allahu Akbar (Allah is Supremely Great) to you, O dead of heart, O idolatrous worshippers of material means (ya mushrikina bil asbab)! Alas for those who worship the idols (asnam) of their own power and strength, their livelihoods, their capital assets, the rulers (salatin) of their countries, and the objectives they are pursuing! They are screened off from Allah (Almighty and Glorious is He). If any person sees the source of injury and benefits in any other than Allah (Almighty and Glorious is He), that person is no servant of His but is the servant of whomever he views that way. So today he is in the fire of abomination and separation and tomorrow in the Fire of Hell (nar jahannam). None shall be saved from the Fire of Allah (Almighty and glorious is He), except those who are truly devout (muttaqun), the monotheists (muwahhidun) and, who are sincere (mukhlisun) and repentant (ta'ibun).

Repent with your hearts, then with your tongues. Repentance is a coup d'etat, overthrowing the regime of your lower self (nafs), your passions (hawa), your devils (shayatin) and your wicked companions. When you repent, you transform your hearing and your sight, your tongue, your heart, and all your limbs and organs. You purify your food and drink from contamination by the unlawful (haram) and the dubious (shubha). You become piously restrained in your livelihood and your buying and selling. You devote all your attention to your Master (Almighty and Glorious is He). You give up your usual habits ('ada) and let worship ('ibada) take their place. You give up sinful disobedience and let obedience take its place. Then you become confirmed in reality (haqiqa), together with correct observance of the religious law (shari'a) and its supporting testimony (shahada) because any 'reality' not certified by that law is atheistic heresy (zandaqa).

When this becomes real for you, you will experience becoming extinct (fana) to blameworthy characteristics and to noticing other creatures. Your outer (zahir) will now be protected, while your inner (batin) is preoccupied with your Lord. Then when you have attained this completely, even if this world should come along and give you control of all it has to offer, lock, stock and barrel, and if people of every age should all become your followers, none of this would do you any harm. It would not take you away from the door of your Master because you are resident with Him, dedicated to Him, preoccupied with Him, beholding His Majesty (jalal) and His Beauty (jamal). When you behold His Majesty, you disintegrate, and when you behold His Beauty you become integrated. You feel fear at the sight of His Majesty and hope at the sight of His Beauty. You are obliterated at the sight of His Majesty and established at the sight of His Beauty. What bliss for those who taste this food!
O Allah, let us eat of the food of Your nearness,
let us quench our thirst with the drink of Your intimate friendship,
and: Give us in this world good, and good in the hereafter,
and guard us against the torment of the fire! (Quran 2:201)
_____________________________________
FROM:
Al-Fath ar-Rabbani (The Sublime Revelation) by Shaykh Abdul Qadir al-Jilani
Translated from the Arabic by Muhtar Holland
Posted by E. Ismail
Email ThisBlogThis!Share to TwitterShare to FacebookShare to Pinterest