Everything except God is empty 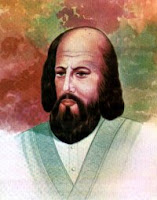 Imam Al-Ghazali explained this in Kitab al-tawhid wal-tawakkul as follows:

That is, everything which does not subsists in itself, but has its subsistence from another, from the point of view of itself, is nothing.
For its truth and its reality comes from another and not from itself, so it is not true essentially (la haqq bihaqiqa) outside 'the Living and Subsisting' (Qur'an 2:255, 3:2) to whom 'there is no likeness' (Qur'an 42:11)\ for He subsists essentially (bidhatihi) while everything that is other than He, subsists by His power. So He is the truly Real One (al-Haqq) and all that is other than He, is nothing.
As Sahl al-Tustari said:
"O poor man! He was and you were not,
and He will be and you will not be.
While you are today, you say: 'I, I';
be now as though you had not been,
for He is today as He was."
FROM:
Al-Ghazali
Faith in Divine Unity and Trust in Divine Providence
(Kitab al-tawhid wal-tawakkul)
Translated by David Burrell
Read Publisher's note about this book. 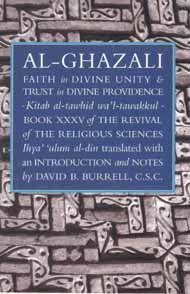 My wish for you and for myself, for year 2010:
"Be now, as though you had not been."
Posted by E. Ismail
Email ThisBlogThis!Share to TwitterShare to FacebookShare to Pinterest