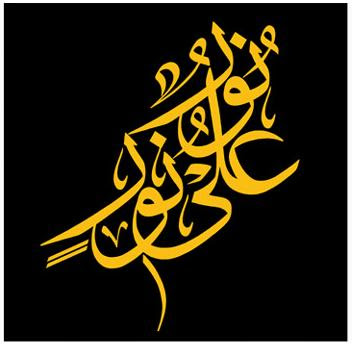 Bismillah.
What is honour for a person, and how firmly must a person who has been honoured try to keep that honour?
The one who belongs to an honourable person, is going to be honoured; therefore the one who originally has honour, may give honour. All praises and endless honours be to our Lord Almighty, innahu hamidun majid (Indeed, He is the Praised, the Glorious). Endless honours, endless Honour Oceans, endless Praise Oceans, absolute praises and absolute honours are for Allah Almighty alone. Those honours are from Him to Himself; no one gives Him honor. Rather everyone has been given his honours by his Lord Almighty; if He does not give, no one can acquire any honour or be praiseworthy. Therefore, it is Allah Almighty who gives honour and makes His servants praiseworthy, looking at their capacities and giving honour according to their intentions. As He looks at their hearts, He gives them honor. We have been honored by our Lord Almighty, and that is an endless grant from Him to us.

That is something concerning mankind. Now we are amidst such unknown realities as Allah Almighty gives us. As we said, man is yet unknown. To the extent that we are occupied with everything except our inner selves, it is impossible for us to discover ourselves. This eye is open for outward-looking, this ear is open for outward hearing; our hands, our feet. Everything that we have in our physical bodies is occupied with everything around ourselves, completely occupied. There is one organ in our bodies which is the most important; that is the heart. We occupy it also with this life's thoughts so that we are totally occupied. How can we be free to look at ourselves with even the capital or centre of our bodies occupied by the enemy?

Therefore, we are trying now, first, to know and to give an understanding about ourselves. We must know about ourselves so that we may know about the Creator Almighty. If you do not go deeply into yourself, you can't get to know about your Creator and about His divine position.
Yes, mankind has been honored by its Lord Almighty. When, no one knows except One, the Creator knows when He honoured us, the Sons of Adam. We are not such creatures as are the beings in existence only for a short time. It is an ignorant person who says that the history of the Sons of Adam is a short one and that their existence is within a brief period. We must know, firstly, that our period is with our Lord Almighty. We were in our Lord's Power Oceans with our Lord Almighty. Only our appearance in our physical bodies is for just a short period, but our realities are connected to the reality of the Creator. The one who has reality, His reality is eternal. We have realities or we are realities; the Sons of Adam are not just an appearance, a form, no. Everyone has a reality and that reality never changes. Allah Almighty never changes, and because all realities belong to Him, they are also never changing.

We have been given realities from the endless Reality Oceans of our Lord Almighty; that is the honour that we have been given. But yet we are occupied by something that is going to be in ruins, our physical bodies, and to pass away. Allah Almighty says that ghutha us-sai, the white of foam, goes, but the real benefit which that sea gives remains. Therefore, we are such bits of foam, appearing and then finishing, going away, but that reality which we have been given, that is forever, for eternity, for post-eternity. From pre-eternity to post-eternity we have been given that, without asking, without our asking, Allah Almighty gave us that as a grant. None has been honoured with such an honour as the Sons of Adam have been honoured. We should be the most satisfied and happy ones among all creatures. But on the contrary, the most complaining ones among all creatures are the Sons of Adam. The Sons of Adam are those people who do not give true value to the honour that they have been given. 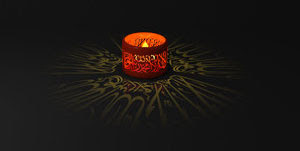 Now, we know that it is the highest degree and honour for ourselves to belong to our Lord Almighty, to be His servants, His slaves (may be slave is a little too strong; our egos do not accept it although they are slaves, so we say, to be servants to our Lord) that is honour for us. Therefore, Nurun ala nur - light upon light. Allah Almighty gave us from His divine lights and honoured us but yet He is asking to give us more than this. We are now in this life in order to receive a new grant from our Lord Almighty, a light. He is going to give us more honour than the first grant, also He is asking to give that to everyone. "I gave you an honour without anyone asking from Me. But now I will give whoever asks from Me the second nur (light)." Therefore, all prophets came to give a reminder to the Sons of Adam: "O Sons of Adam, you, have been granted an endless honour from pre-eternity, but your Lord desires to give you more. That one was without your asking, but now your Lord desires to give you, for the post-eternal life, more than the first one, also. But you must ask."

Thus, it is a good tiding for the Sons of Adam that ultimately their nur, the light which Allah Almighty gave them without anyone asking from Him, is never going to be destroyed. Rather Allah Almighty is asking the Sons of Adam to ask for more than what He gave us, another grant, so that it is going to be nurun 'ala nur, light upon light. Whoever asks is now going to be given as much as he was given previously. But those who do not ask any more, forgetting everything and denying everything from pre-eternity up to this day, will not lose the first grant of Allah Almighty which He gave to them.

When Allah Almighty gives something, He does not take it back. In the Shariah, if a person gives a gift to someone and wants to take it back, it may be done, but it is makruh, a disliked thing. How can Allah Almighty do disliked things? Astaghfirullah! Hasha, never! Therefore, when Allah gives, He gives forever. He gave to us; He will never take it back. He gave. And He is asking His servants to ask for more and more, and He is angry with them if they do not ask. Therefore we must ask.

This is the second honor; the first we have already been given but Allah Almighty desires to complete it. Therefore, on the Day of Resurrection people will run and ask a completion from their Lord: "Rabbana, atmim lana nurana" (Our Lord, perfect our light for us) You have been given something like a candle; you are in need of a match to light the wick. We must try; we must try for this.

That is perfection for the Sons of Adam. You can acquire that perfection during this short period of our life in this world. Therefore Allah Almighty sent all the prophets and the Seal of the Prophets, peace be upon them all, to make everything clear to the Sons of Adam, and now it is clear according to our capacity; we can understand how clear those lights and those honours are going to be for us.

And we have also been honored to be of the nation of the Last Prophet Muhammad (s.a.w), the greatest one; we have been thus honoured. Then, we have also been honoured by being in connection with or belonging to one of the chains of the awliya (saints); by that we have been honoured, also. So we are asking our Lord Almighty to complete that honour and to make us suitable, worthy of that honour and to make us keepers of that honour.

You know those people who have been given even one star, even one stripe, they are so careful to keep that. Why not us? Why are we not taking more care? We must take more care of these honours that we have been granted, we must be so careful about that. And, O honoured brothers and sisters, mu'mins and mu'minahs, for every action, we are either granted more honours or we lose those honours. Therefore we must be careful about every action, it may be a reason for a new honour or it may make that honour decrease. That is important. The Prophet Muhammad (s.a.w), says, Infadh-Illah, you must keep to your Lord, you must keep the honour that your Lord granted to you. Then Allah Almighty will protect you, protecting that honour with you.